Arbitrage is still around us

Arbitrage is an old trading technique that has been used for many generations. In the following sentences we would like to show you an example that will help you to understand what arbitrage is. Then we will explain why the sports betting market is still alive for arbitrages and why you should use RebelBetting.

See an example of the arbitrage 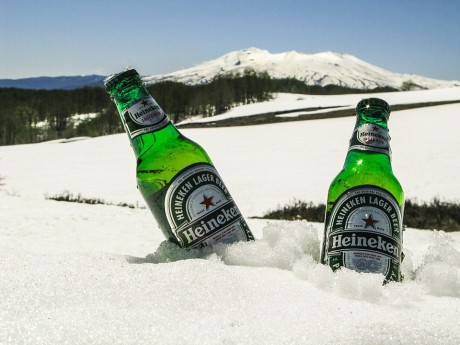 Imagine that you live on the borders of two countries – let’s say Sweden and Norway. One bottle of beer costs €6 in Sweden; yet in Norway exactly the same beer costs only €4. Where would you go if you got a taste for beer? Of course you would go to Norway, where the beer is cheaper. Imagine now that you are drinking beer in Norway and you start to think, “Why is the beer cheaper here, even when it is the same as in Sweden?” then, “Ehm, could I earn some money if I bought it here and sold it in Sweden?” You may not be aware of it, but you are thinking of an arbitrage opportunity. Your thoughts continue … “So, what if I buy beer in Norway for €4 and sell it for €5. So, I earn €1. Hmm, that’s not bad profit from one beer. Well, what if I buy a full truck of these? The profit will be incredibly high-that is awesome!” Maybe you are asking yourself why we consider selling it for €5 and not €6. It is because we want to sell all of it, and we are more likely to achieve this when we offer a cheaper price. Doesn’t it sound great? It is actually an almost risk-free investment. Unfortunately, however, we are not the only ones who have had the same idea about this process, and thus in a few months or years the price of beer will be hovering about the same level in the two countries in question, and there won’t be any space to make profit from arbitrage anymore.

That was an example of international arbitrage in goods. Was it clear and easy to understand? It is simple, isn’t it? You just buy goods as cheaply as possible, and try to sell them on at a profit. This is a great opportunity. However – to be honest – this was a good opportunity a few hundred years ago. This process is no longer possible due to development of computer technologies, etc. However, you’ve no need to worry at all! There are other markets where arbitrage still works.

The international arbitrage in beer was just an example

Sports arbitrages can be found manually; but more than 80% of them you will not be able to make on time. Thus for the method to be effective we highly recommend the sports arbitrage software RebelBetting.

Are you now thinking about why specifically this market? One of the reasons behind it is that bookmakers work in a highly competitive environment, and they are forced to keep their odds at high levels so they can attract and retain their customers. When the odds for a match are being drawn up, many details are in play. For example, it depends on the information about a tennis player and his current ‘flu – whether or not he is recovered; and about his opponent and his sprained ankle – how bad is it, and whether he is able to play at 100%? These are just examples of information that can shift the odds very significantly. It is not just a case of one tennis player; it can influence the entire team itself. There exist certain bookmakers who gain this kind of information much faster than the others do, and thus change their odds to be more in line with the reality. Other bookmakers on the market are, of course, monitoring their competitors. They also look for the information mentioned above, but some bookmakers will get it sooner, and some later. This and other factors present an opportunity for the sports arbitrage trader to identify this discrepancy and use it as an arbitrage opportunity, and thus earn some profit. It is just necessary for you to know where to find such occasions, and how to deal with them. If you have by now decided to continue with this training, you will learn everything you need here.

One of the biggest obstacles in arbitrage trading is transaction costs. If we return to the previous example, in this case the transaction cost is the fuel necessary for the trip from Sweden to Norway; the cost for renting the truck; and the duty payable. These costs will decrease our profit by a proportionate part, and so the profit from selling one beer will not be precisely €1, but slightly less.

It is the same with costs in sports arbitrage trading. Every step is online, and thus certain costs need to be considered – for example computer and fast Internet connection. Furthermore, there are fees for deposits and withdrawals, and so on. It is necessary to try to decrease these costs in order for us to obtain the highest profit from those transactions.

We highly recommend one of the e-wallets, namely Skrill (previously known as Moneybookers). Its transaction speed is one of the fastest compared with other methods such as credit cards or bank transfers. Speaking of costs – transactions in and out from each bookmaker are also correspondingly lower than when using other methods.

SEE ALL Add a note